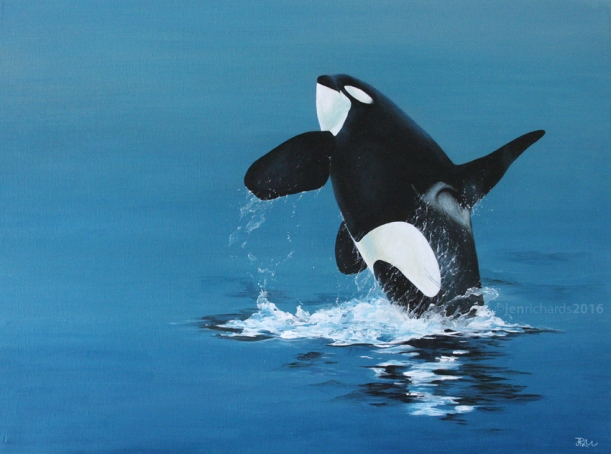 I find that beer does help.

2016 has been… a year, hasn’t it? From a personal standpoint, the last few months have been full of changes. In early November I left my job of almost six years to pursue a new path, one that really begins in earnest next week as I become a full time student for the first time in nearly a decade. The next three months will be very busy and I’ll have to work hard to squeeze personal art in, but I’m excited to begin my career as a UX Designer. Here’s to new things! 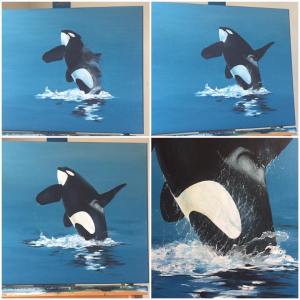 It’s kind of funny how the symbolism of this piece didn’t hit me until just now while coming up with a title for this post. It’s been ages since I painted using acrylics, having spent much of the year focusing more on drawings and ink – not that there’s anything wrong with that. I was struck by a photo my friend Tasli Shaw took of the southern resident orca L87 (Onyx) and she kindly gave me permission to use it as my inspiration. I don’t think I’ve painted an orca breaching since… well, I was probably a teenager, and I’ve come a long way since then. Originally I wanted to use this as an opportunity to paint quickly and loosely, but evidently my brain and brush conspired against me and I ended up getting really detailed and taking much longer with it. In any case, it was good to get this one in before my classes start.